The ESL Pro League Season 9 is about to kick off, and with a brand new revamped format, we are expecting loads of action!

Season 9 of ESL Pro League is about to begin. ESL has opted to revamp the entire format for this season. Read on as we break down the new format, as well as give you some fantasy analysis for all three regions.

Last year, Astralis and MIBR were amongst the teams that battled through the long and grueling online league to make it to the LAN finals in Odense, Denmark where Astralis were crowned champions. ESL have chosen to shake things up for 2019, as the format has been revamped entirely due to the oversaturation of events and the time constraints that come with that.

The three regions (Europe, The Americas & Asia-Pacific) have been divided into four groups of four and seeded based on ESL’s own world ranking. They will then play through a round-robin format with best-of-three for all matches to determine who advances to the LAN finals in Montpellier, France. Eight teams from the European division will qualify, six from the Americas and two from the Asian-Pacific. 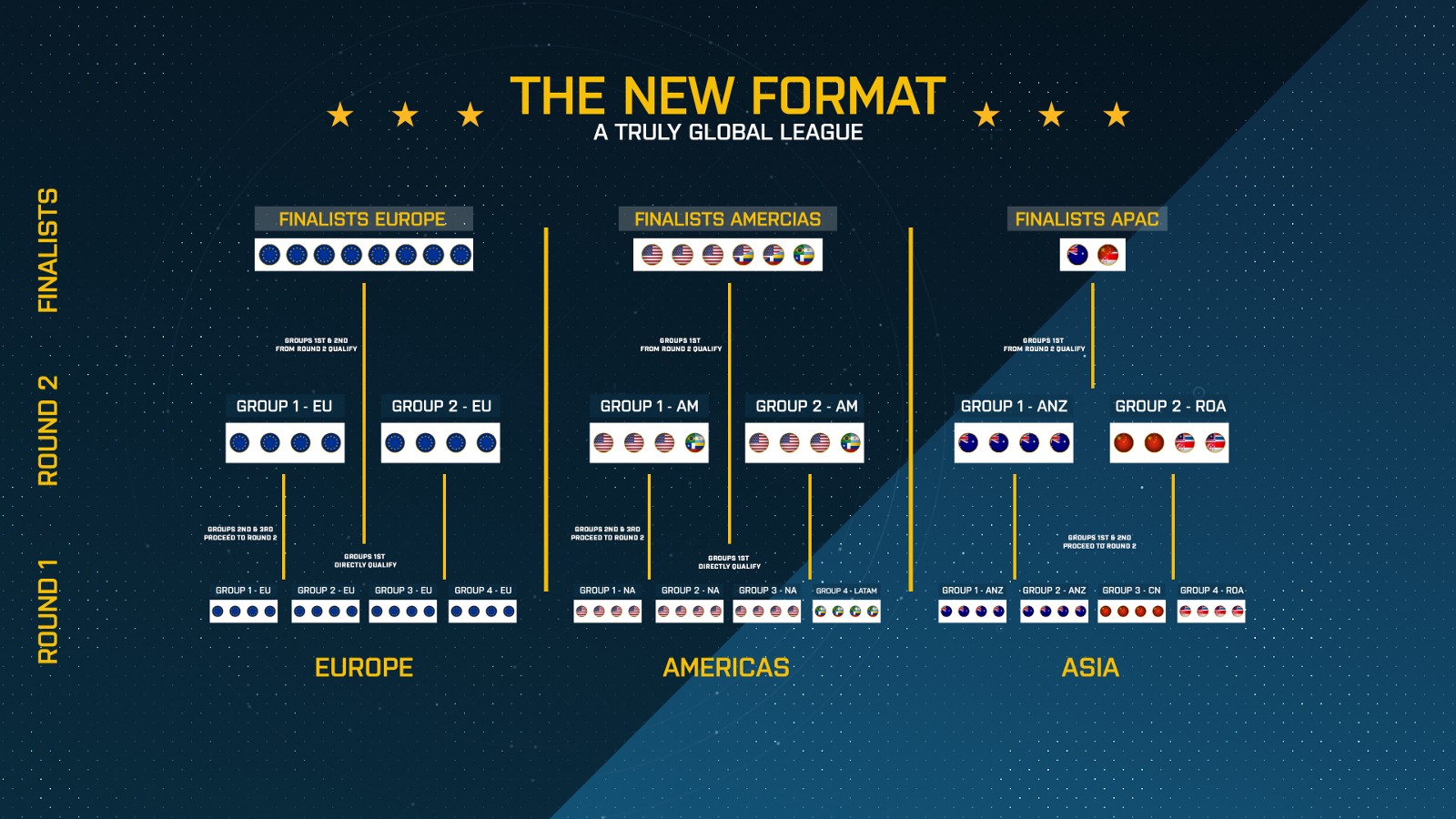 For Europe and the Americas, the group winners will advance directly to the LAN finals, whereas the teams finishing in second and third place will advance to a second round-robin group and play for the last remaining spots (Four for Europe and two for the Americas). Since South America has its own group, at least one South American team is guaranteed to make it to the LAN finals.

In the Asian-Pacific region, no teams will qualify directly as they will have to go through both stages to qualify. One spot will be handed out to Asia and one to Oceania. Since the Asian and Oceanic teams are separated into different groups, both regions will be represented at the LAN finals.

What’s also new for Season 9 is that the European and American division will be played on LAN in Europe and The United States respectively. The matches for the Asia-Pacific region will be played entirely online.

The regular season will start April 12 and run until May 23. The LAN finals will be played June 18 in Montpellier, France and the winner will be crowned June 23.

Picklebet will be running fantasy competitions all throughout the season with plenty of prizes up for grabs. Here is a rundown of all of the recent top scorers as well as some sleeper picks.

It’s s1mple, yes? Just pick him, it’s worth it. He can put up points even in a losing effort. Oh, and you should probably pick electronic too while you’re at it. Like a certain Maniac would say, Batman and Robin isn’t even a fair comparison. Batman and… Spiderman? Aquaman? Whatever superhero you prefer, the fact is that these two can save your day.

FaZe may be in a huge slump right now and they might just be a dead team at this point, but the truth of the matter is that NiKo continues to put up points despite the struggles. Since AdreN joined the roster, NiKo has a K/D ratio of 1.22 and leads his team in fantasy scoring by quite some margin. A similar situation to coldzera of MIBR in many ways.

The European portion of ESL Pro League will be played on LAN this year. What does that have to do with things you ask? Well, it’s quite simple really. The difference between KRIMZ on LAN and KRIMZ online this year has been staggering. Online, KRIMZ has the second worst K/D differential on fnatic. On LAN, KRIMZ is one of the best players in the world. He proved this once again at StarSeries where he led his team to a second-place finish, while top-fragging and rocking a 1.22 K/D ratio.

There has to be an Astralis player on the list, of course. You could make an argument for either one, as they all put up big numbers due to how dominant they are. But I’m gonna go with Magisk. Why? Magisk leads his team in fantasy production for the last three months and even though the difference is small, there is a reason for it. A lot of the impact that Magisk has in the game translates well to fantasy. He gets a ton of kills, headshots, assists and doesn’t die a lot. In fact, he is at least second best in all of these categories, with the exception being assists where he is the team’s top performer.

Brehze is someone who has really elevated his game to another level recently. Since tarik joined the roster a month ago, Brehze is scoring roughly 27% more fantasy points than his team’s average. Throughout his time with NRG he has maintained a very high K/D ratio despite being a fulltime rifler. His headshot percentage seldom dips below 48% so you can always count on a lot of points for headshots with Brehze. Unlike his partner in crime, Ethan, he tends to play a bit more defensively which makes him a bit more consistent.

Renegades are a two-man show in many ways, as jks and jkaem are responsible for most of the team’s fragging. The duo used to put up similar numbers on Renegades, but jks has really turned it up a notch the last few months. Through a stretch that included the Asian minor, IEM Katowice and StarSeries, jks has outperformed jkaem by around 15% which makes him the best fantasy performer on his team by quite some margin — much thanks to his insane K/D ratio of 1.28. Unlike jkaem and AZR, jks plays far more passively and thrives in late game scenarios which makes him a very consistent fantasy performer.

With the introduction of Stewie2k to Team Liquid, Twistzz has lost some value for fantasy. He has been forced into more of a dedicated anchor role on CT, which has hurt his production somewhat. However, Twistzz is still a fantasy player’s wet dream. He consistently gets a high K/D ratio due to his defensive playstyle and he has one of the highest headshot percentages in the pro scene. EliGE stole the limelight at Blast Pro Series: Saõ Paulo, where Twistzz was rarely put in a position to succeed. However, It’s worth giving Twistzz another chance due to the potential upside.

Much like FaZe, MIBR are in a terrible slump right now and so is coldzera. I would never bet on MIBR winning anything right now, but fantasy is different. coldzera is still the standout performer on his team and MIBR are in a group where he should be able to thrive. coldzera won’t be too expensive anymore after several early exits, so now is a good time to buy back in.

MVP.PK have chosen to let go of their legendary duo; solo and glow, in favor HSK and stax. They had a rocky start against BOOT-dS but since then they are undefeated. XigN has always been one of the team’s standout performers. He is a fulltime rifler and an aggressive lurker who has maintained both a very high K/D ratio and a high headshot accuracy all throughout his time with MVP.PK. It’s also worth taking a look at xeta who has moved over to a rifling role with the addition of HSK to the roster. It appears as if the change has not affected him at all, as he continues to put up big numbers for the Koreans.