The Mid-Season Invitational is the first of two key international events in the League of Legends season and features teams from all around the world. Competitors will range from Riot’s biggest leagues (such as China’s LPL and Korea’s LCK) to smaller, newer regions, such as Oceania’s OPL and Latin America’s LLA.

The tournament will see a total of 13 teams competing; each having earned qualification by becoming champions in their own regions during the 2019 Spring split. MSI is not only a chance for these teams to gain international recognition, but also to represent their respective regions and prove which region is the greatest at the game.

MSI’s format features three main stages, Play-Ins, Group Stage and Knockout Stage. The Play-In stage takes place from 1st - 7th May and will be held in Ho Chi Minh City, Vietnam. It will see 8 champions from the game’s wildcard regions compete in 2 groups of 4. These groups will run as a double round robin, with games played in Bo1s and the winner from each group progressing.

The Group Stage will be held in Hanoi, Vietnam and will run from 10th - 14th May. This will see the 3 teams from Play-Ins joined by LEC’s G2 Esports, LPL’s Invictus Gaming and LCK’s SK Telecom T1. A double round robin of Bo1s will determine which teams progress to the Knockout Stage, with the top 4 teams qualifying.

The Knockout Stage, held in Taipei, Taiwan, will then feature 2 Bo5 semi-finals to determine the tournament’s finalists, with a final Bo5 series to determine the overall champions. This stage will begin May 17th and will finish 2 days later on 19th.

If you want to see more information on the format, you can check Riot’s official video here: https://youtu.be/pXzTsSu5ssQ 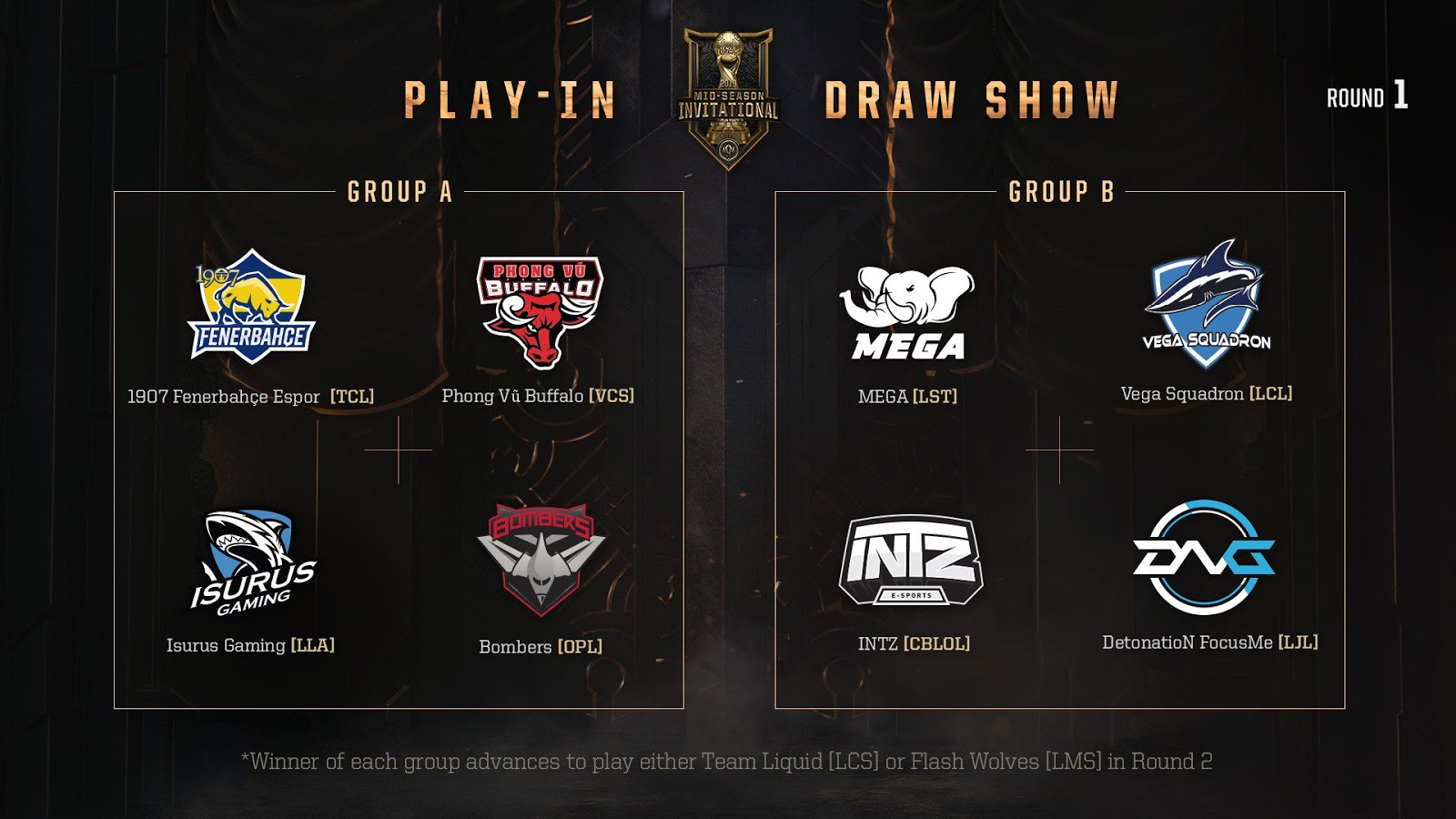 When looking at the strength of teams in the Play-In groups, the arguable best teams in 1907 Fenerbahçe Esports and Phong Vũ Buffalo find themselves facing off in the same group. Had they have been in separate groups, most would have expected to see each of them progress to the next round. As they will both compete in Group A, either team may realistically top the group with Fenerbahçe just edging Phong Vũ if a favourite had to be chosen.

Group B looks to be much more closely contested, with most regions having seen teams put in fighting performances at previous international events. Many Brazilian fans would’ve preferred to see Flamengo eSports qualify ahead of INTZ as their play looked better for the majority of the Spring split. However, as they failed to qualify, Russia’s Vega Squadron are likely the favourites to progress from the group. 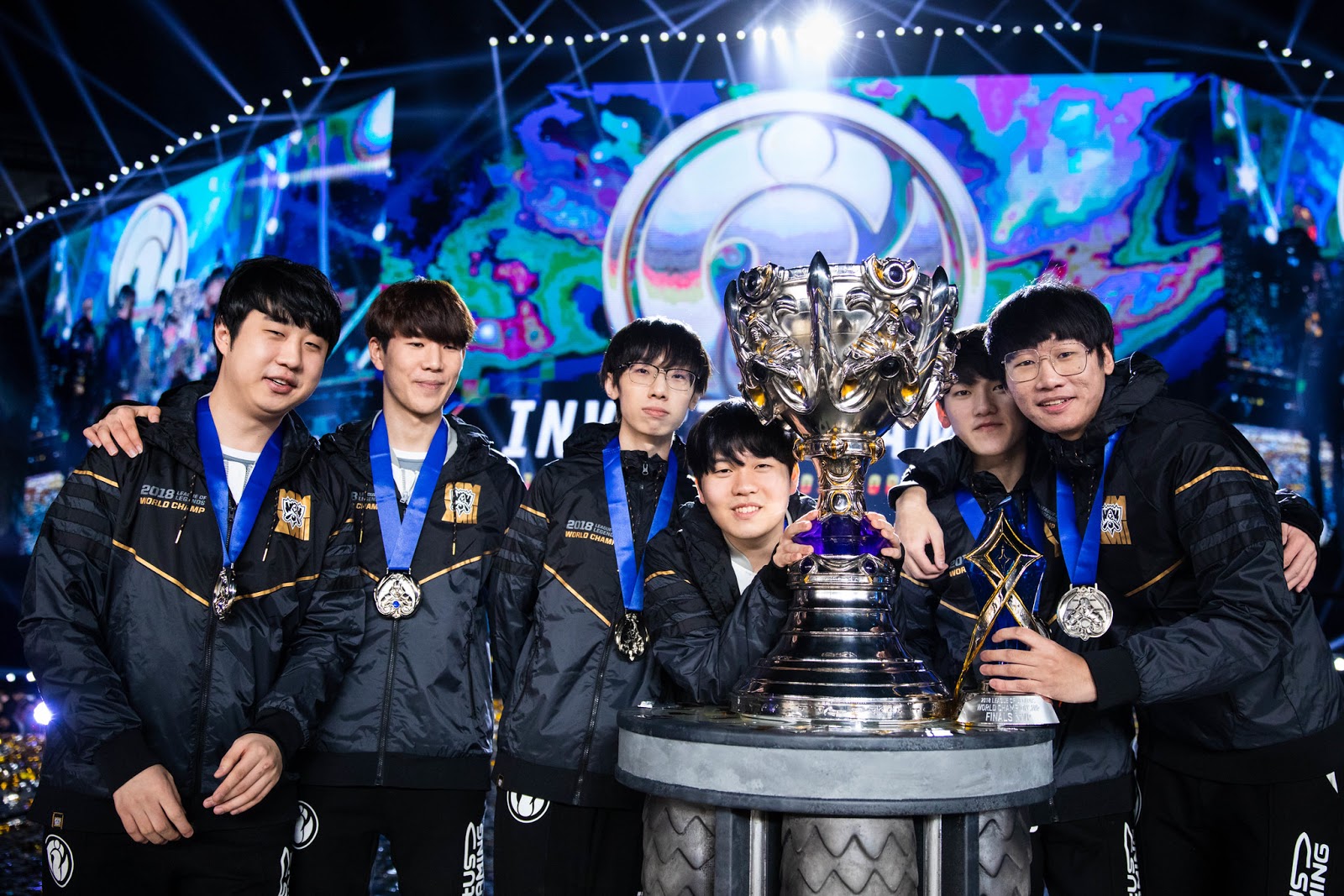 LPL champions Invictus Gaming are tipped by most as the overall favourites coming into the tournament. They not only enter as World Champions, but will also be looking to become the 2nd Chinese team in a row to win MSI after Royal Never Give Up did so in 2018. IG’s TheShy will hope to cement his claim as the number 1 top-laner in the World, and will aim to do so in a meta that has been shifting towards carries in the top lane which will only suit him further. His Korean compatriot Rookie will also stake his claim as one of the best mid-laners of all time while entering what looks to be the peak of his career; both in terms of performance levels and trophies.

Europe’s G2 Esports and Korea’s SK Telecom are expected to be the fiercest competition for IG, both having won their respective finals in swift 3-0 series. 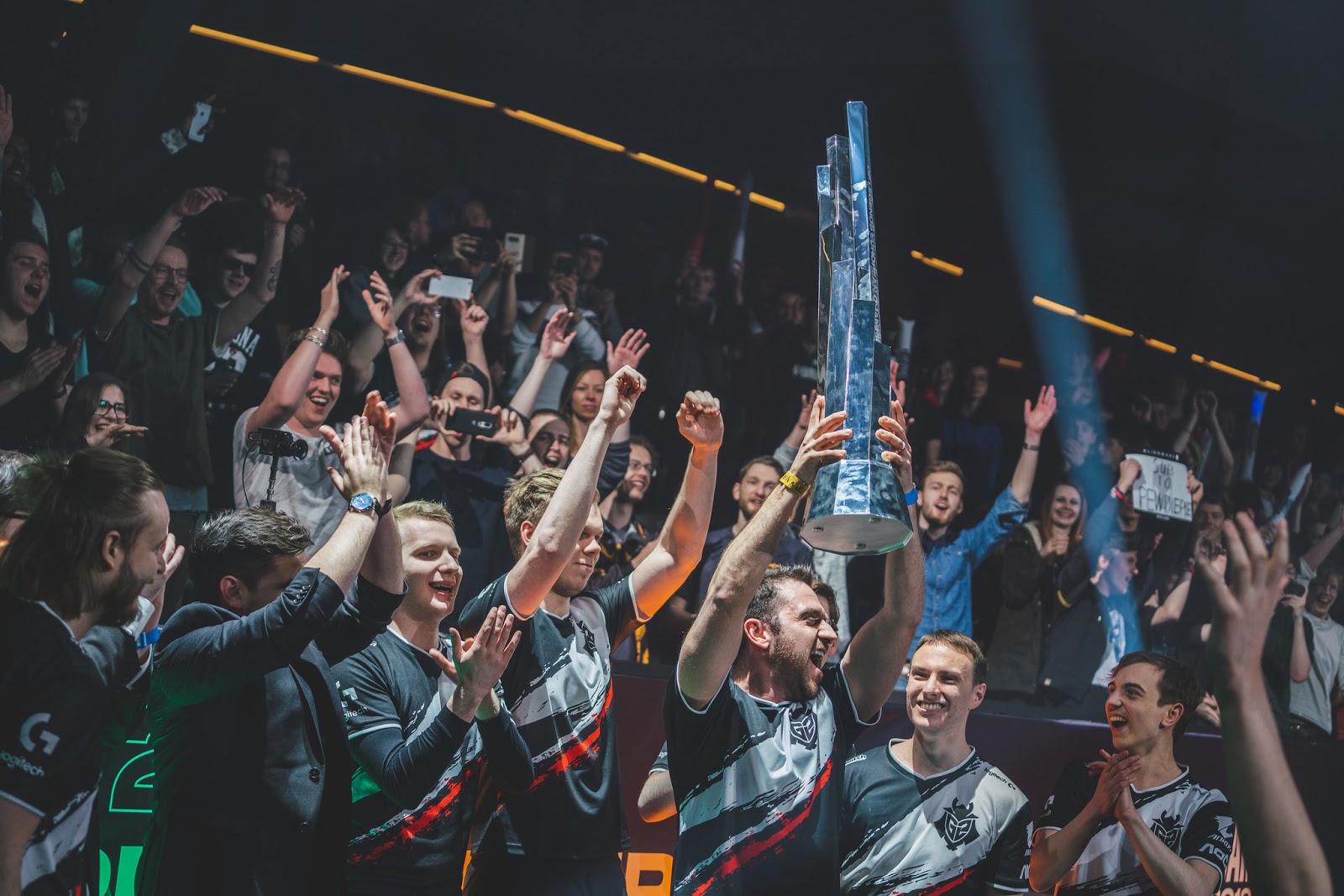 G2 made light work of Origen in Europe’s LEC final and showed their versatility with a funnel composition in game 2. Other teams at MSI will no doubt be aware of G2’s ability to go for non-meta picks, with ADC Perkz using his previous experience in mid lane to choose mages in the bot lane in 6 of his 24 Spring split matches.

As the team’s leader and longest serving player, Perkz will be looking to spearhead the team along with newcomer Caps. Caps joined from rivals Fnatic at the end of the 2018 season and the team has gone from strength to strength since. The Dane has been hailed as the best mechanical player to ever be seen in the West, while top-laner Wunder is also the name on many people’s lips as the current best Western player. 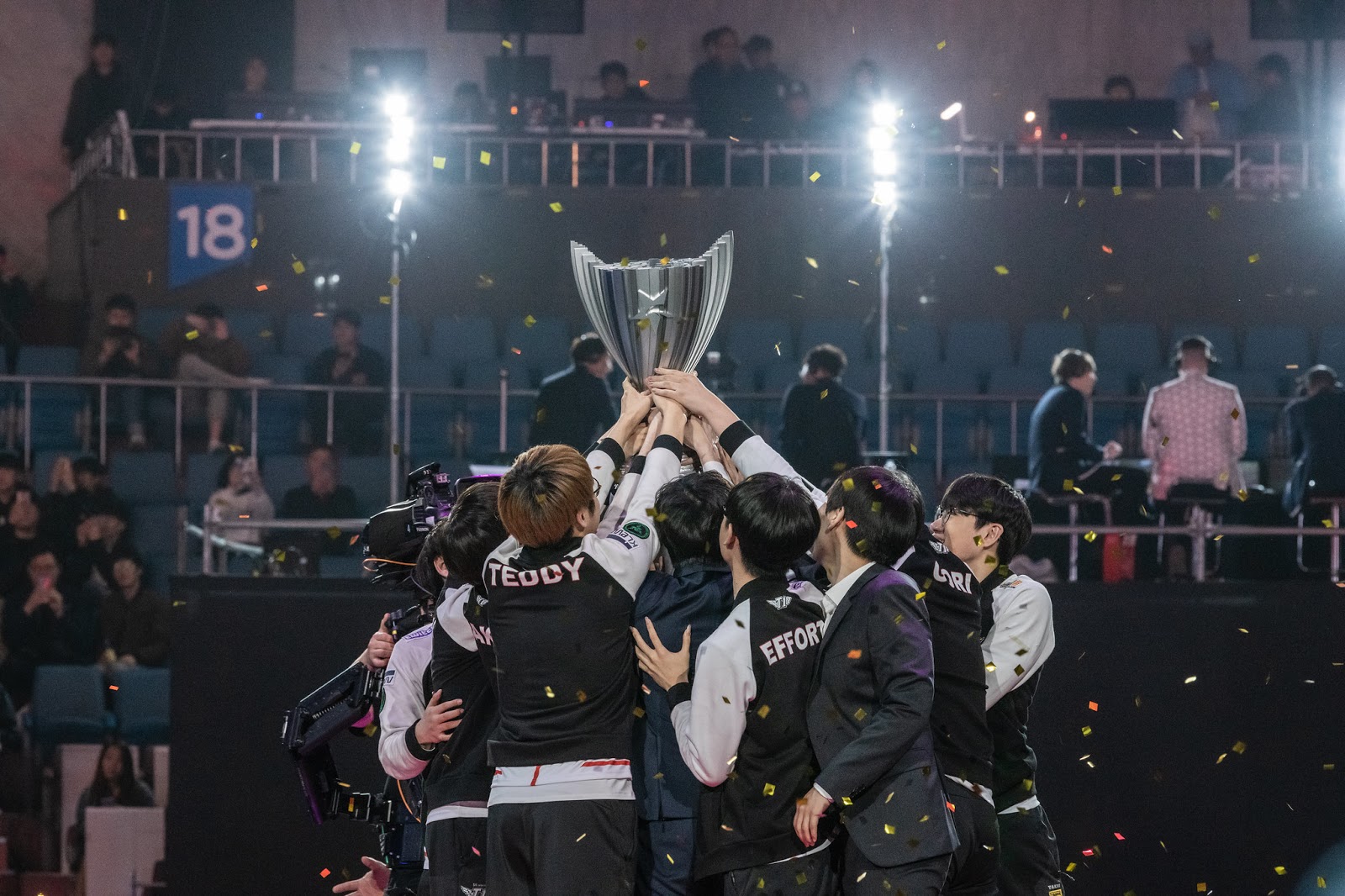 Across the globe, Korea’s SKT underwent radical roster changes ahead of the season and this has led to somewhat of a renaissance in their play. A torrid 2018 has been completely turned around under veteran coach kkOma’s guidance and they have consistently improved throughout the Spring split. This culminated in a convincing series win over Griffin, who many had expected to win the LCK this split and who had even been compared to some of the great SKT teams of past years.

They come into the tournament as arguably the only team with carry threats in all lanes. Top-laner Khan thrives when played around and is at his most comfortable in a carry meta. Mid-laner Faker is still the greatest player to have ever played League of Legends and nobody has more World Championship wins. Bot-laner Teddy has proved to be one of Korea’s best ADCs, using his time on strugglers Jin Air to learn how to fend for himself in teamfights and deal maximum damage with little protection needed. 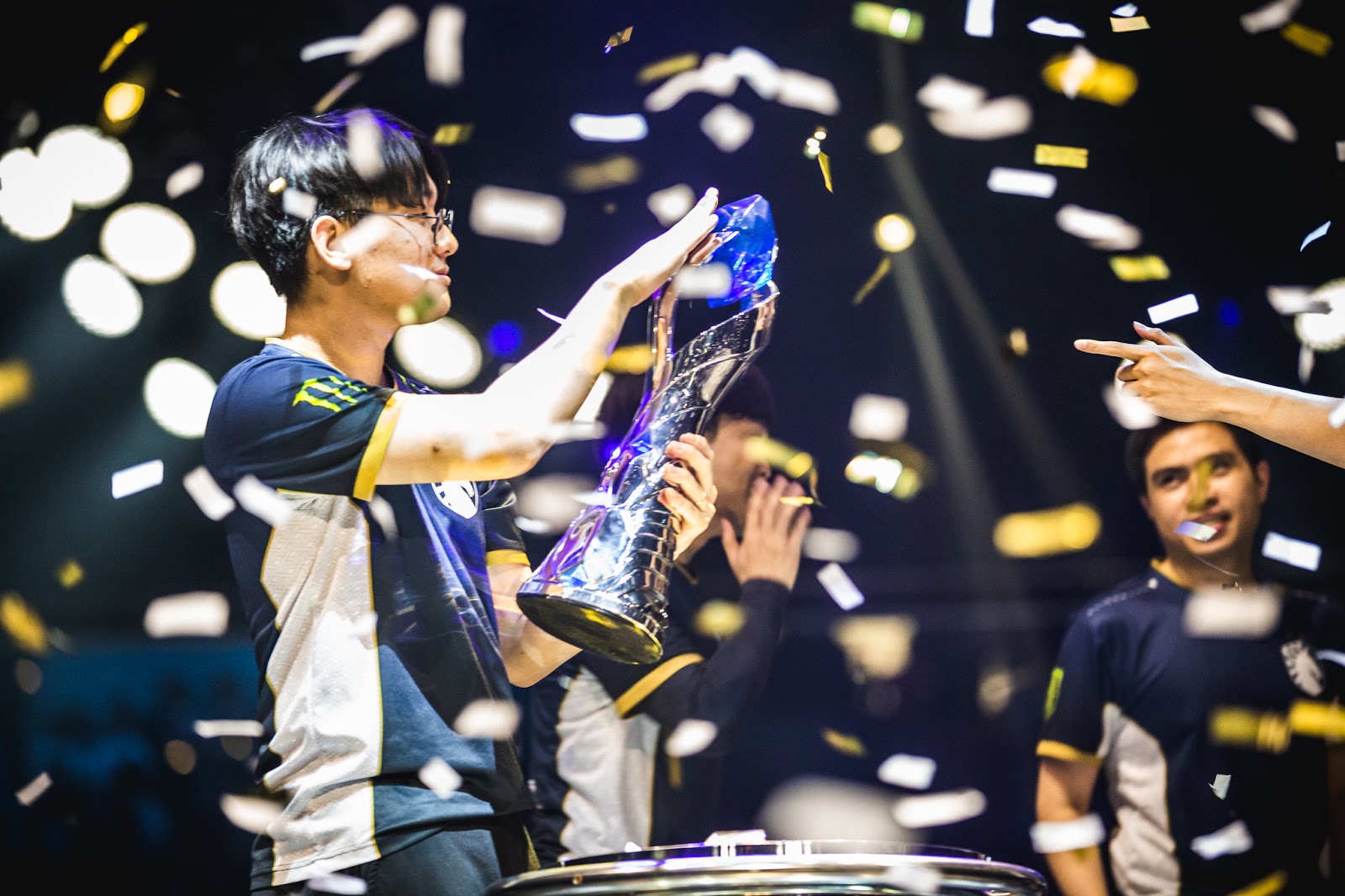 Elsewhere, North America’s Team Liquid will be hoping to improve on previous international performances. A revamped 2019 roster saw Jensen join from Cloud9 and former World Champion CoreJJ join from Gen.G, and in doing so became team has looked dominant in the LCS for most of the Spring split. Fan-favourite ADC Doublelift will be looking for international success for the first time, having failed to live up to expectations in MSI and Worlds appearances on Counter Logic Gaming, Team SoloMid and Team Liquid in the past.

As the final major region, Taiwan’s LMS will see Flash Wolves representing the Asian nation; a team that has dominated the league for a number of years. Despite being a team that will be noticeable to most fans around the world due to their constant presence in international competition, Flash Wolves have this yeah lost key parts of their team in Maple and SwordArt, both of whom left ahead of 2019 after years with the organisation. As a result, few will tip Flash Wolves to realistically compete for a chance at winning the title.