After another spicy off season with dramatic roster changes, the League of Legends European Championship (LEC) returns once again for the start of the 2021 season.

After another spicy off season with dramatic roster changes, the League of Legends European Championship (LEC) returns once again for the start of the 2021 season. The departure of one of the region’s most legendary players, while leaving a void in the mid lane, opens the door for the latest European superstar mid to begin their path to the top.

Pitting Europe’s top 10 teams against each other, the LEC is one of League of Legend’s major regions and the winning side will earn qualification to the Mid-Season Invitational.

Starting Friday 22nd January, the regular season sees each side play against each other twice in a double round-robin format where each encounter is decided through a best-of-one series. Games are usually held every Friday and Saturday in Riot’s Berlin studio, however the ongoing pandemic meant that last season’s games were held through a mix of offline and online play.

With much of Europe still in a wave of cases, it seems most likely that players will continue to play from their homes/training facilities for the time being while broadcast staff may still appear in-studio as was the case at the end of last season. 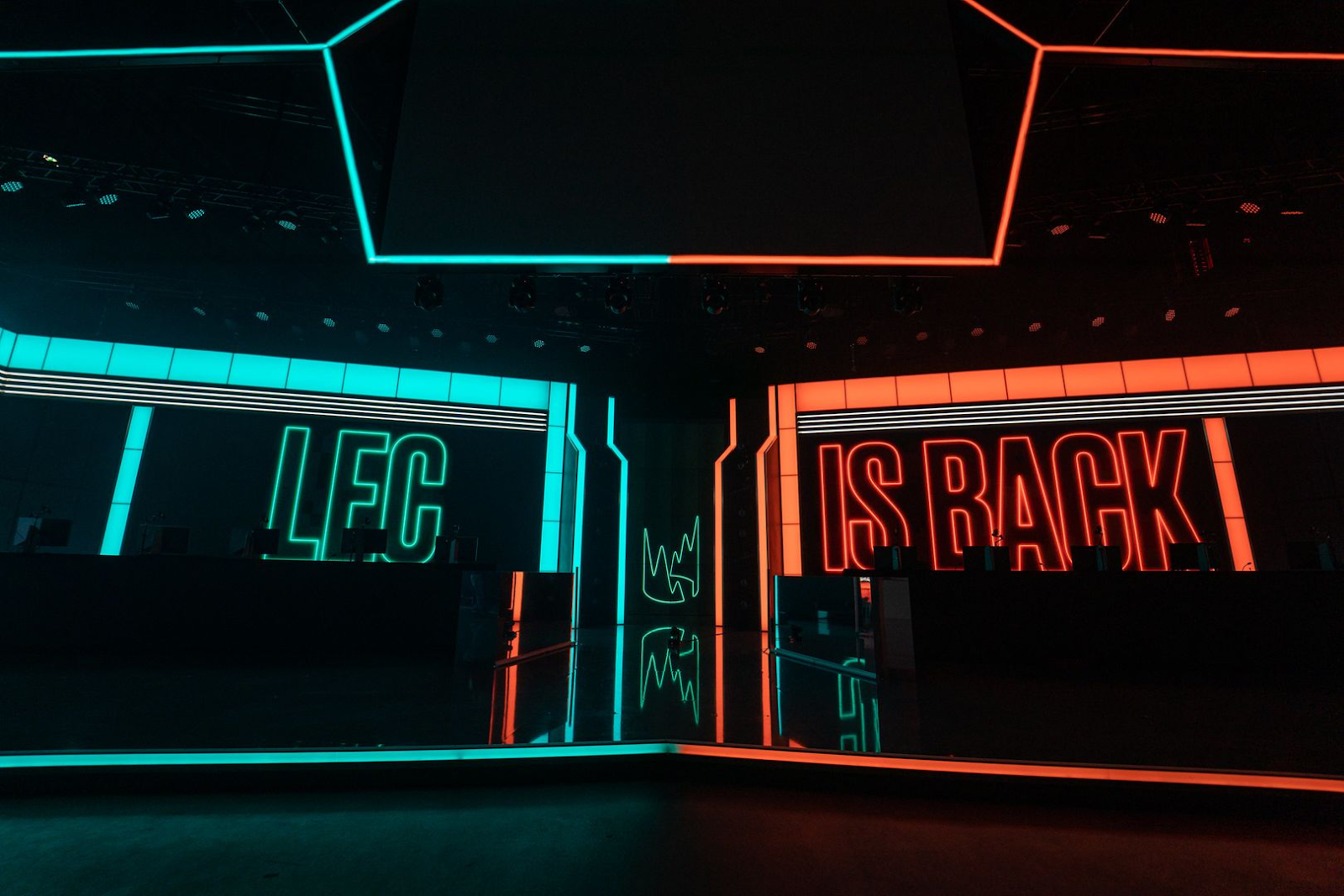 Once the double round-robin is complete, the top six sides will move on to the playoff knockout stage. One of the first leagues to introduce a double-elimination style playoff, the LEC is continuing to deploy this type of format heading into 2021 whereby the top four sides all enter in the winner’s bracket.

These top four play their own miniature knockout tournament and the winning team earns a place in the grand final.

The fifth and sixth place sides begin by facing each other in the lower bracket, with the winning team then going into a gauntlet where they must beat all of those that have dropped down from the upper bracket to move on to the final.

The order in which the upper bracket teams appear in the lower bracket gauntlet depends on their regular season seeding. For example, if 3rd and 4th both drop down to the loser’s bracket, then the 5th vs 6th winners will face the 3rd seed for the chance to move on and face the 4th seed.

Playoffs dates have so far not been confirmed and there is also currently no final venue announced as the odds of any offline series are still unknown. All playoff matchups will be decided in best-of-five series. As usual, the winter off season has brought with it a host of roster swaps, with yet another G2/Fnatic saga dominating the headlines.

After Perkz’ decision to move back to the mid lane, G2 were forced to allow him to leave with their only other option being to remove Caps. As rivals Fnatic sniffed around for the Croatian, G2’s ocelot reportedly took a stance in blocking a move for Perkz and only offered his services to the other LEC sides.

As a result, the MSI winner instead made the decision to try his luck across the pond, joining Cloud9 in a move worth over $11m when taking both the buyout fee and player salary into account. Replacing him on G2 is Rekkles, making the sensational switch after running down his contract with Fnatic. The Swede had intended to re-sign with his former organisation, however upon hearing of Perkz’ situation he instead chose to enter free agency and consider his options elsewhere.

Though not currently on the level of Rekkles, former Origen bot laner Upset was picked up by Fnatic to pair up with Hylissang and is by no means a huge downgrade. Also changing for Fnatic was their mid laner, letting Nemesis leave after a lacklustre 2020 and grabbing Cloud9’s Nisqy to replace him.

While Perkz was the most high profile player to leave the league, another star in the form of Origen top laner Alphari also made the move to North America. The new Team Liquid player made the move after his former side were almost completely broken up as Origen migrated to their parent company’s Astralis branding. In the process, only mid laner Nukeduck remained with the side and the rest of the spots filled with high potential, rookie talent.

On the topic of rookie talent, MAD Lions’ 2020 roster (that received high praise for its inexperienced yet highly skilled players) saw two of the five starters leaving the team seemingly as a result of their disappointing Worlds run. Both were ultimately unable to find other teams in the league to join, with top laner Orome dropping down to the NLC with BT Excel in the European regional leagues and Shad0w announcing his intent to move China and try his luck in the game’s largest region. Other than one rogue title from Alliance in 2014, no team other than G2 or Fnatic has ever won the LEC. G2’s recent years have been particularly dominant as a 4-split run has seen them win back-to-back-to-back-to-back trophies. This is ever since the arrival of mid laner Caps, whose cemented place on the team was part of the reason that veteran Perkz made the move away from the side.

With the Croatian being replaced by former Fnatic bot laner Rekkles, the gulf between the big two European rivals seems too large to expect anything other than another trophy for G2. Bringing in Rekkles in the place of Perkz could even be seen as an upgrade on paper and Fnatic’s changes to bring in Nisqy and Upset do not appear to be the calibre required to bring an end to G2’s dynasty.