Israel Adesanya and Alexander Volkanovski will both defend their belts on July 3.

For the Main Event at UFC 276, Israel ‘The Last Stylebender’ Adesanya will defend his Middleweight belt against Jared ‘The Killa Gorilla’ Cannonier.

In a stacked card, Alexander Volkanovski and Max Holloway will complete their trilogy for the Featherweight title, while ‘Sugar’ Sean O’Malley will fight Pedro Munhoz.

Sean Strickland and Alex Pereira will also battle it out.

*Looking for great odds, markets & promos for UFC 276? Sign up to Picklebet now!

On Sunday July 3, the UFC returns to T-Mobile Arena in Las Vegas for the first time since UFC 272: Covington v Masvidal.

If Adesanya wins he’ll retain his Middleweight Title and remain undefeated in the division, however if Cannonier wins, he’ll become the second oldest Champion in UFC history (38), only Randy Couture was older (45 years old).

Let’s see how the two combatants match up. 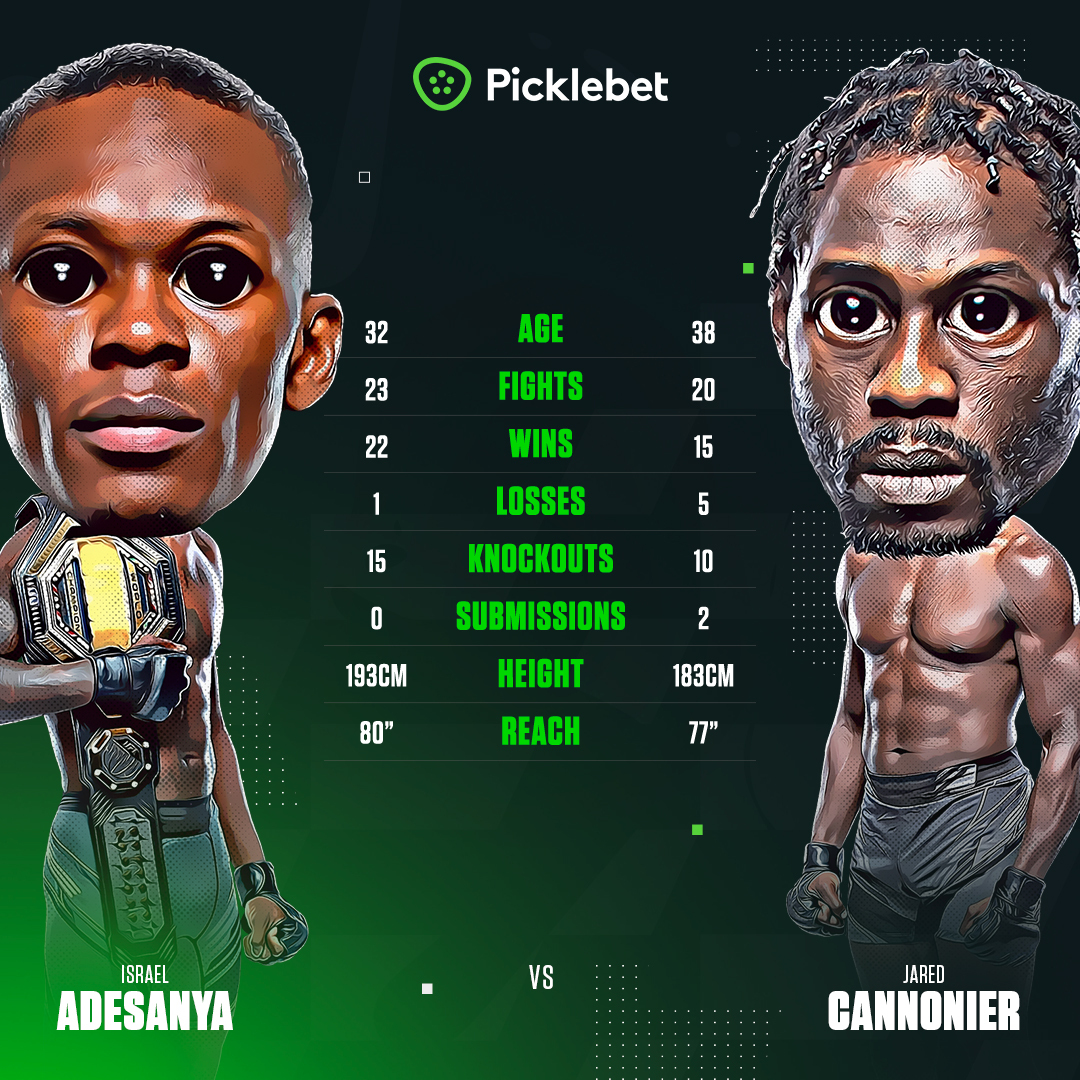 Why Adesanya will win

Adesanya has never lost a Middleweight bout in the UFC, with his last victory against Robert Whittaker at UFC 271 on February 13.

Adesanya should be too quick and slick for the older Cannonier with Izzy well cemented in his prime, while Cannonier is in the twilight of his career.

Adesanya is a big fight performer and handles the spotlight better than almost anyone, so expect him to dance his way out to the octagon and score a KO victory in style.

Cannonier is coming off two comprehensive wins against two quality opponents in Kelvin Gastulem and Derek Brunson, so he’ll be confident leading into the bout.

Cannonier is known for his ferocious fighting style with the ability to beat a man by kicks, elbows, punches and submission - so all these weapons will keep Izzy on his toes.

It’s probably his last Title shot, so he’ll be throwing the kitchen sink at Adesanya, and don’t be surprised if he lands a big blow or catches one in the process.

The Volk and Mad Max will fight for the 3rd time after Alexander the Great won their previous two battles by decisions.

The Volk is the favourite for the fight (he’s also 11-0 in the UFC) and will be looking to retain his Featherweight Title with a KO, while Max is looking to stay on the winners’ list after recording two wins in 2021 over Calvin Kattar and Yair Rodriguez.

Where can I watch UFC 276 in Australia?

In Australia, you can watch the fight via pay-per-view (PPV) with UFC fight pass, ESPN+ or Kayo. According to the Kayo website, “You don’t need a regular Kayo subscription, just choose an event, complete your purchase and start streaming live instantly.”

If you haven’t already, create a Picklebet account. As long as you’re 18+, you’ll get access to the latest and greatest odds and promotions for UFC 276!