Team Liquid were out to defend their spot as the Spring split champions, ensure their worlds 2019 spot and become the frst team to win 4 consecutive splits

The premier North American league (the League of Legends Championship Series) came to a thrilling close last weekend, confirming who took the 14th LCS title as well as the first 2 of 3 Worlds spots. Before the Summer 2019 split, only 4 teams had earned the crown; Team SoloMid, Cloud9, Counter Logic Gaming and Team Liquid. Spring holders TL were not only out to defend their crown to ensure their Worlds spot, but doing so would also make them the first team to win 4 consecutive LCS splits.

The 2019 Summer split began, as always, with the 9 week regular season. This saw each team play each other twice in a best-of-1 round robin format. The top 6 teams at the end of the 9 weeks would move on to playoffs.

In the Spring split earlier this year, winners Team Liquid, despite being criticized for their fairly simple playstyle, were able to methodically squash opposition and reached as far as week 8 with only 1 loss. This form was continued through into the playoffs where they didn’t drop a single game, beating both Flyquest and Team SoloMid in 3-0 victories.

It wasn’t until week 3 that Team Liquid were able to secure a 2-0 and this was only enough to place them level with 5 other teams; all with 4 wins and 2 losses. The back half of the split proved the most fruitful for TL, with the last 4 weeks seeing them take 7 wins and only 1 loss to ensure 1st place seeding in the playoffs with an overall 14-4 record. 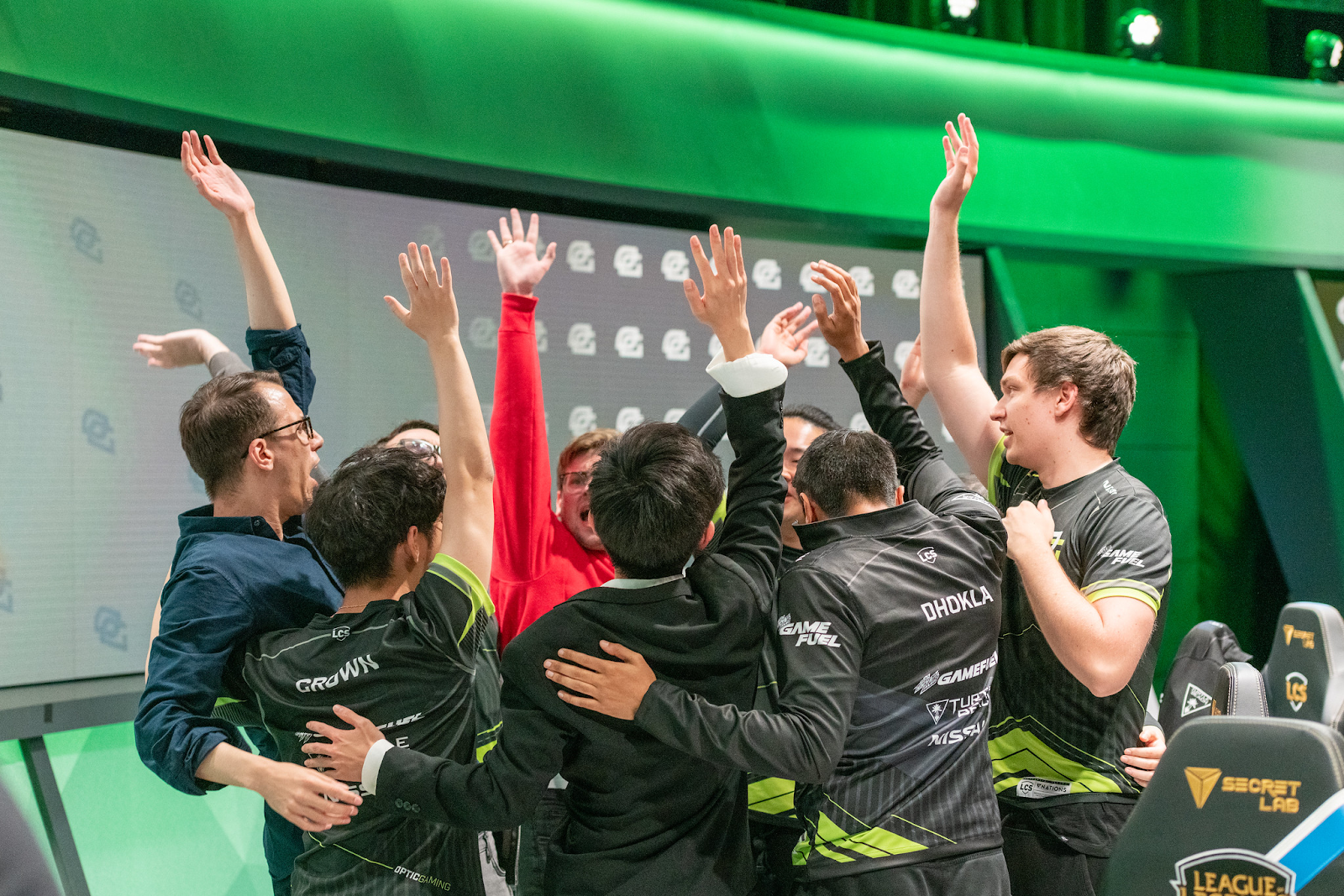 The biggest underachievers came in the form of FlyQuest (5-13) and Echo Fox (4-14), both of whom qualified for playoffs in Spring but could only muster respective 9th and 10th place finishes in Summer.

The playoffs comprised entirely of best-of-5 series and began with quarter-final matchups of TSM vs Clutch and CLG vs OpTic.

Clutch continued their redemption arc in a 3-1 dismantling of Team SoloMid, with particularly strong performances from top-laner Huni and ADC Cody Sun. Cody Sun had only been brought into the starting roster mid-split after previously featuring for CG’s academy side, proving to be a redemption of his own personal career. After being dropped as a starter from 100 Thieves days before the 2018 World Championship, word of behavioural issues seemed to have spread as he was only able to find an academy spot for the 2019 season. However, he has since been a vital part in Clutch’s turnaround and this came to its peak in the TSM series as the Canadian went unkilled in their 3 victories with an overall KDA of 22-0-20.

As for TSM’s elimination, this ended their chance of reaching the final, having only failed to do so on one occasion before (Spring 2018), while the semi-final ultimately proved a step too far for Clutch as they fell to a 3-2 defeat in a tiring battle to eventual winners Team Liquid.

The quarter-finals also proved to be the culmination of CLG’s comeback as they convincingly took down OpTic 3-0. An off-season roster change which saw Darshan make way for Ruin appears to have revitalised the 2-time LCS winners, and this paid off with a 3rd place finish after falling 3-1 to C9 in the semi-finals and beating Clutch 3-2 in the 3rd place playoff.

The final matchup was a repeat of 2018 Summer final, which saw Team Liquid convincingly take down Cloud9 3-0 on that occasion. This time around proved far more competitive as a 5-game series went the way of TL with a 3-2 finish. The conclusion of Clutch Gaming’s renaissance came in their playoff semi-final against eventual winners Team Liquid and this turned out to be the most entertaining match of the entire split.

With most fans expecting a swift 3-0 in TL’s favour, an opening win for the LCS holders came as little shock and saw particularly strong showings from mid-laner Jensen and ADC Doublelift.

Clutch bounced back in game 2 with Damonte flexing his Qiyana proficiency and Cody Sun typically going unkilled as with so many of CG’s wins. The back and forth continued with games 3 and 4 as each team took 1 win, bringing the series all the way to game 5.

As neither team wanted to lose the game, and ultimately the series, the final match was unsurprisingly the least bloody as neither team was willing to take any unnecessary risks. In a match with only 14 kills combined between the teams, Team Liquid managed to grow a steady gold lead which culminated in a teamfight win and subsequent victory after 34 minutes.

Once the series was over, fans were quick to praise Clutch’s valiant effort and Huni’s emotional appearance on stage elicited heartwarming responses. Many will now be keeping a close eye on CG’s fortune next season as they complete their rebrand having been taken over by previous LCS organisation Dignitas. After being kicked from Team SoloMid in 2017, Danish jungler Svenskeren has thrived under rivals Cloud9 and has seen his hard work pay off with the LCS MVP title this split, voted for by players, coaches, analysts and journalists.

Having shared stage time with Blaber in the past and spent much of 2018 playing for C9’s academy side, Svenskeren has not only proved to be the C9’s best jungler for Summer 2019, but the league’s best player across all roles.

CLG to finish in the top 3 After a dismal 2018 and a less than desired 7th place finish in Spring 2019, few had expected to see such a turnaround from the veteran organisation ahead of this split, even after replacing top-laner Darshan with Ruin (who had just had a strong showing at MSI for Turkish side 1907 Fenerbahçe).

Even with this change, some sections of fans had questioned whether or not Darshan’s performances were the only reasons for CLG’s failures and were not convinced that the roster swap would have enough of an effect.

This move, however, looked to bring a change of fortunes for the whole squad and gave them all a fresh start, one that was taken with both hands as they exceeded expectations by making playoffs and ultimately reaching a 3rd place finish.