As the Dota2 season hits the half way point, teams are more desperate than ever to snag themselves a direct invitation to The International 9.

Dream League 11 is the 3rd major for the season. With only 2 more majors to follow, a good performance here could secure a top 12 finish on the Dota Pro Circuit (DPC) table. Because the distribution of DPC points is so top heavy, a 3rd place finish at DreamLeague would be able to push a team with no points up to 5th on the rankings.

With TI being the most lucrative tournament, not only in Dota2 but the whole of Esports, teams are absolute in their practice and performance at majors. DreamLeague, just like the other majors, offers a $1,000,000 prize pool along with 15000 DPC points.

The physical location for the event is at a small-ish venue, Annexet, located in Stockholm Sweden. It will be played on 7.21c, making it the 3rd international tournament played on this patch. Group stage starts at 23:30 AEST on the 14th of March, finishing on the 16th of March AEST. The teams have been placed into groups of 4, where they play GSL double elimination to determine who’s advancing to the upper and lower brackets.

Playoffs start at 23:30 AEST on the 16th of March, finishing on the 25th of March AEST. The lower bracket teams play round 1 Bo1’s, before the remaining teams play a double elimination format. All games are Bo3 apart for the Grand final (Bo5) and the lower bracket round 1 (Bo1).

The seeding for DreamLeague has been done mainly based on DPC points. The problem with this is that teams tend to change a lot. Whether it be roster changes or a failure to adapt, valuing a team based on performances up to 5 months ago tends to lead to unequal groups. Groups A and B have 3 strong teams, whereas groups C and D are at the mercy of VP and EG respectively. 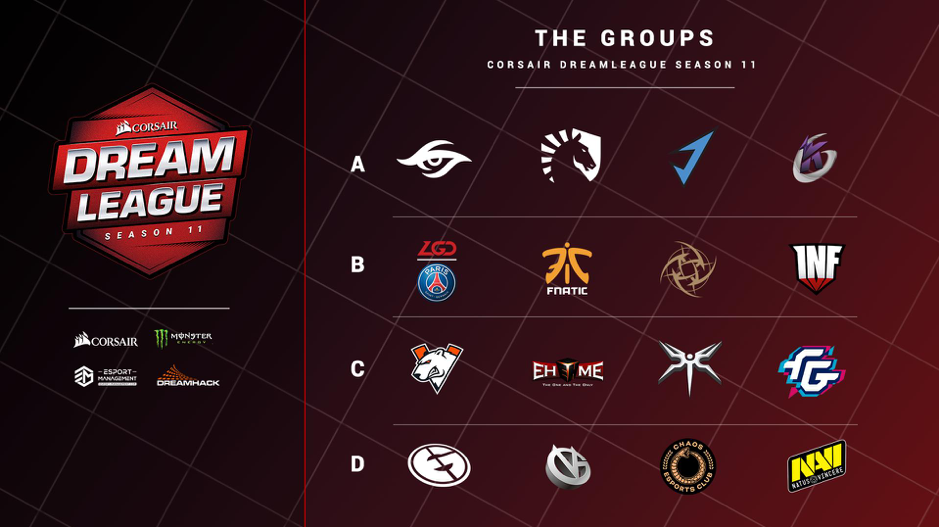 Group A
Contains two tier 1 teams, with the North American silver medallist, J.Storm. It’s going to be a blood bath with Keen Gaming also coming off a strong performance in WESG. The presence of both Secret and Liquid should guarantee that J.Storm and Keen enter the lower bracket.

Group B
Before LGD’s roster change, I would have had them as the group B leader. With their present performance being uncertain, Fnatic are probably the favourites. I can’t see Infamous taking enough games off of these 2 teams, and NiP have looked far too inconsistent to place in this group. I expect Fnatic and LGD to take the upper spots.

Group C
This is bear country and VP are the apex predator here. The roster issues that have been plauging Ehome have caused them to lose the magic that made them so dangerous. Mineski and Forward gaming are not anywhere close to the level of VP. What will be interesting however, is who will take out the second upper bracket seed with my money on Forward Gaming.

Group D
Probably the weakest group and EG should have no trouble dominating the entire group. There is also no clear-cut teams to take second place in this group. The only interesting games in this group will be between VG, Chaos, and Navi in an attempt to reach the upper brackets. Personally, I think VG is currently the strongest with better past performances than the other teams, but comparatively weaker recent results.

In-depth look at the teams

While these tier rankings look at past performance and general expectations, remember that teams have varying match ups against each other. The interdependence of teams always adds a splash of volatility.